VFD Series: The Environment Can Kill You

The selection of Variable Frequency Drives (VFD) typically is a relatively straightforward process. You provide things like HP, voltage, motor nameplate FLA, etc. and we can shoot out a basic proposal in no time. But there are some “gotchas” that can come back to haunt you if they are not addressed early on in the selection process.

This blog takes a somewhat deeper dive into the environmental issues that can prematurely turn your hair grey. While it is essential to make certain the motor is properly selected for its environment, this post addresses only the VFDs. In the past, it was very common to see drives hanging on plant walls in their own enclosure but this is becoming increasingly less popular. It is now quite common to place drives in an MCC (Motor Control Center) or Drive Room. This will not only allow for a climate-controlled environment it also keeps tighter controls on the electrical safety aspects, most notably Arc Flash (a topic for an upcoming blog in this series). 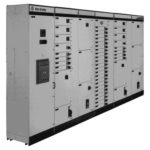 When a drive is located out on the plant or mill floor, it is susceptible to all the crud floating around in the room. Every industry has its list of environmental “gotchas” which need to be considered. For example, in the wastewater industry, the drives that are mounted outdoors actually are subjected to fewer environmentally related problems than those installed in the plant. When outdoors they predominantly deal with heat/cold and moisture such as rain and snow but indoors, they are subjected to a variety of airborne contaminants such as hydrogen sulfide, active organic nitrogen, or chlorine dioxide, in addition to the heat and moisture issues. Rockwell Automation® has addressed this as best they can by conformal coating the circuit boards but only on the places that do not need to conduct power or signals to another part of the drive. Anything used for an electrical connection cannot be conformal coated since they become nonconductive so a well-chosen enclosure can make the difference between success and premature failure.

As you review locations for your drive installation be certain to watch for various factors such as temperature and humidity. We suggest using a data logger to get a longer-term look at the environment so trends can be addressed. A trend could be the sun shining through windows creating temperature variations over the course of the day.

Once you are certain of the drive environment, then we can make an educated suggestion as to enclosure ratings such as IP20 (Nema 1), IP54 (Nema 12), IP66 (Nema 4X) or whatever is best suited to combat the contaminants. Let’s look at these in order of increasing costs.

IP20 rating provides an enclosure that will keep moderately sized objects such as material scrap and, of course, fingers from getting to the electronics and causing a failure or injury. It won’t keep out dust or fluids, both of which are detrimental to electronics. This enclosure could be used in any relatively dust-free and dry environment and are commonly used in MCC or Drives Rooms. 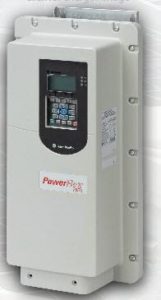 IP54 enclosures provide a higher rating for keeping out contaminants, especially when they are gasketed with fans and filters. They will provide increased protection from airborne contaminants like sawdust, paper particles, etc. but are not fluid-tight so definitely don’t consider these wash down because they are not. IP54 is what you would commonly see in floor-mounted drive cabinets.

PowerFlex 70 IP66IP66 does provide a sealed environment for your electronics but at a large price adder. Rockwell Automation offers several packaged drives in a factory-made IP66 enclosure. When available, this is a great solution as the enclosure was specifically designed to not only work in a moist environment but to dissipate the heat adequately. The main environmental consideration for IP66 packaged drives is to meet Rockwell’s published environmental conditions. These enclosures are rated for both indoor and outdoor use but when being used outdoors remember to consider the huge extremes in temperature which can be encountered. Consider not only cooling the cabinet but heating it in colder climates.

Of course, you can always install an IP00 (open) drive into your own enclosure but now you are responsible for handling the thermal considerations including the heat loss for all devices and the manufacturer’s minimum spacing around their devices. And this spacing includes wire-ways and other items in the box; literally, anything that could restrict airflow over the heatsinks. 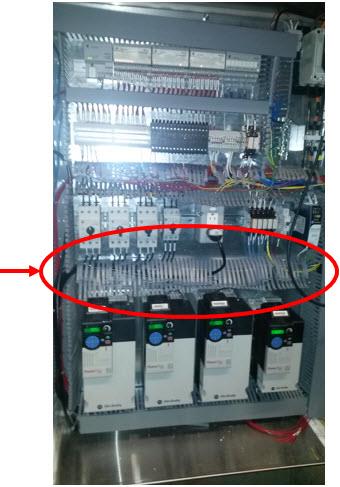 Further enclosure enhancements that can help are fans and filters, air conditioning, providing outside air, etc. All of this can help your drive become a long term asset in your facility. Sometimes it looks like an IP66 is your solution but, while this rating is one of the most expensive available, it only gets even more expensive because it is gasket and sealed with no incoming air to aid in cooling the devices inside so it needs to be larger for airflow. So the cost continues to rise as outside air cooling or air conditioning is added. A/C can oftentimes cost more than the enclosure!

Which brings up another “gotcha”. Just because you added air conditioning or some other type of cooling to your enclosure doesn’t mean you can “cheat” on the manufacturer’s specifications on air gap around your heat-producing devices inside the cabinet so as to make the cabinet smaller and therefore less expensive. Airflow over the heatsinks is critical as most of the heat-producing devices are directly attached to the heatsinks. If there is insufficient airflow over the fins on the heatsink, then you will absolutely have a premature failure, even though the cabinet is air-conditioned. The picture here shows an IP66 enclosure with air conditioning but the improper spacing of the drives. The heat built up so badly in this enclosure the plastic wire-ways melted.

Rockwell Automation has produced a document that addresses many industry-specific requirements called Industry Installation Guidelines for Drives. This informative publication addresses issues and concerns which are found in a typical plant in the Automotive, Chemical, Food and Beverage, Forest Products, Paper and Converting, Marine, Mining, Steel, Tire, and Water/Waste Water industries. Feel free to download it using the link here. Having this at your fingertips can be the difference between success and frustration.

Do you have more questions on the environmental issues that impact VFDs? Contact us today.

This is part two of our popular, on-going variable frequency drives (VFD) series. Don’t miss the rest of the series: